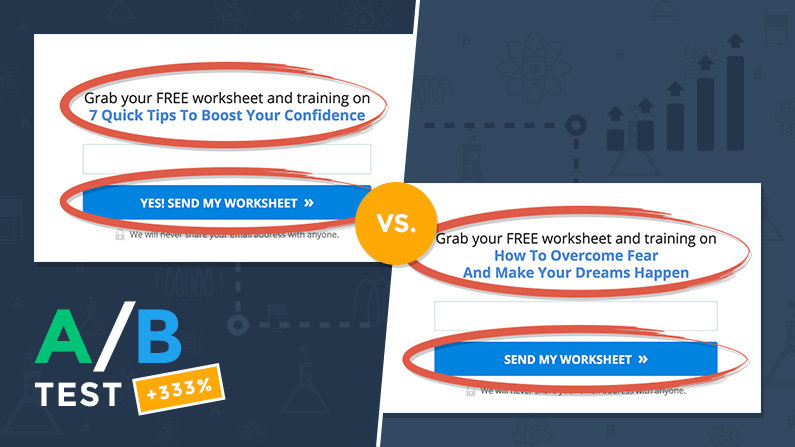 In our last A/B test post, we explored a test that resulted in a monstrous 317% conversion-rate increase:. 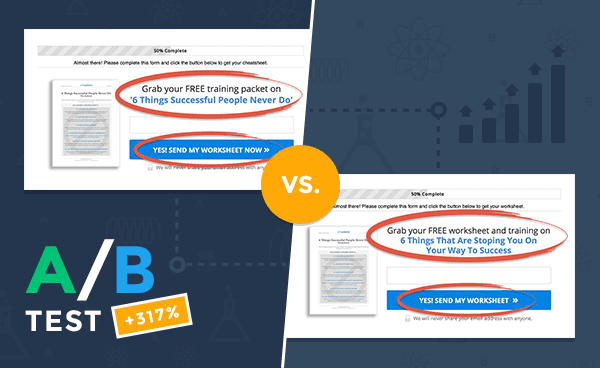 I had a few theories about why Version A (the LeadBox™ on the left) might have won. Its copy was shorter. It added “Now” to the button text. And its headline used the same title for the lead magnet that was visible in the illustration of that lead magnet.

When multiple changes are made between A/B test variations, it’s not always easy to tell which change was responsible for a win. But, as luck would have it, the LeadPages user who created the previous test ran a second, similar test that could clear things up.

Version A borrowed some elements from the previous test’s winning variation: it added an extra action word (“Yes!”) to the button and used a shorter headline. Version B’s headline was longer, primarily because it repeated the lead-magnet title visible in the illustration. Version A summed up the lead magnet differently (“7 Quick Tips to Boost Your Confidence”).

Which version do you think increased opt-ins for this LeadBox™ by 332.96%?

Go down to the comments and tell us which one you’d choose and why—then vote below to see if you were right!

Vote to reveal the winning A/B-tested LeadBox™ and our analysis.