Note: The offer mentioned at the bottom of this post has expired—but if you’re interested in the past and future of Leadpages, plus a framework for thinking about the progress of your own business, read on.

Leadpages is a company with a short history but a long past.

A lot of people don’t know this, but the legal entity behind Leadpages is called Avenue 81 Inc.

Avenue 81 Inc. has owned pretty much everything that Tracy and I have done (including Leadpages) during our online entrepreneurial careers.

That was when my parents moved to a plot of land in rural Southern California and started a farm. The address for that land was Avenue 81.

It was on Avenue 81 that I had my first brilliant entrepreneurial scheme … selling dirt in paper sandwich bags to relatives for $2. I sold a total of one bag to my Aunt Margie.

My life at Avenue 81 immersed me in wide open spaces and stars that went out to the horizon. It also exposed me to homeschooling, large amounts of unstructured time, and the kind of unencumbered thinking that helped get Leadpages off the ground.

Avenue 81 Inc., the Legal Entity, Was Started Much Later

Avenue 81 Inc. (which owns Leadpages, and which owned Leadplayer and every blog I’ve ever created) was started a few decades later in a much colder place: Madison, Wisconsin.

I still remember putting on a jacket and walking to the Capitol Square U.S. Bank ATM on a -10° day in January and depositing our first check. My hands were damn near frozen. 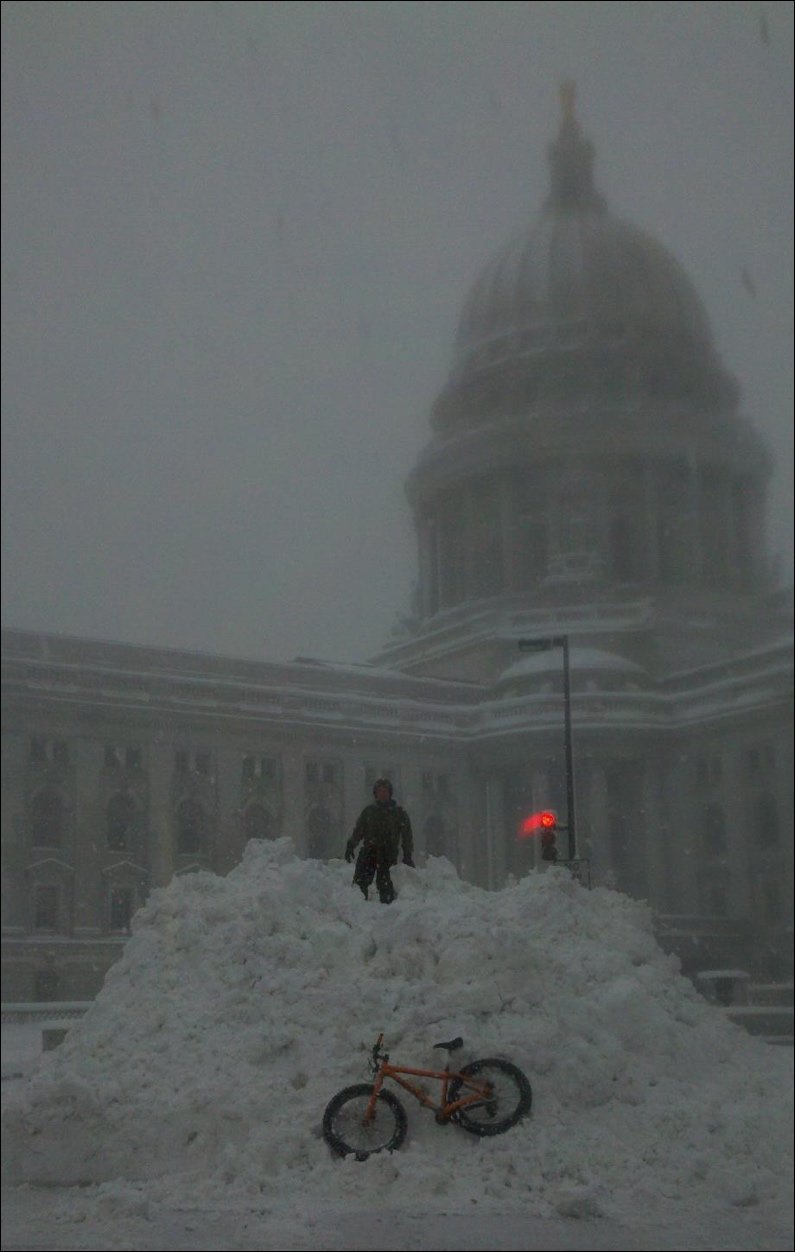 Our first check was for $4,000 from a guy named Art for SEO consulting work.

Later, I would find a CPA on Craigslist; he was also just starting out and didn’t have an office, so we met at my one-bedroom apartment and sat on my stinky $35 thrift-store couch to sign engagement docs. 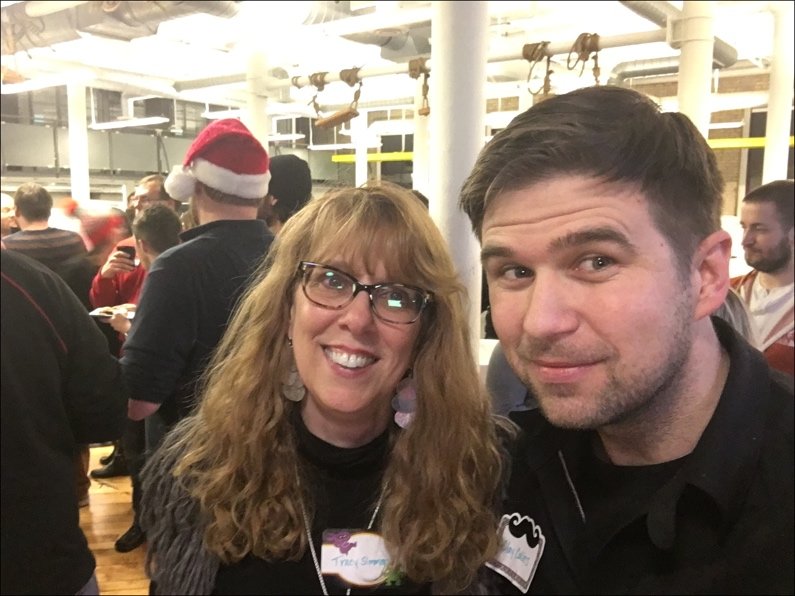 But since we started, business has been progressively better.

The only metaphor I can think of to explain why things got better is the metaphor of “laddering up” in business. (I got this from Ben Thompson at Stratechery.) 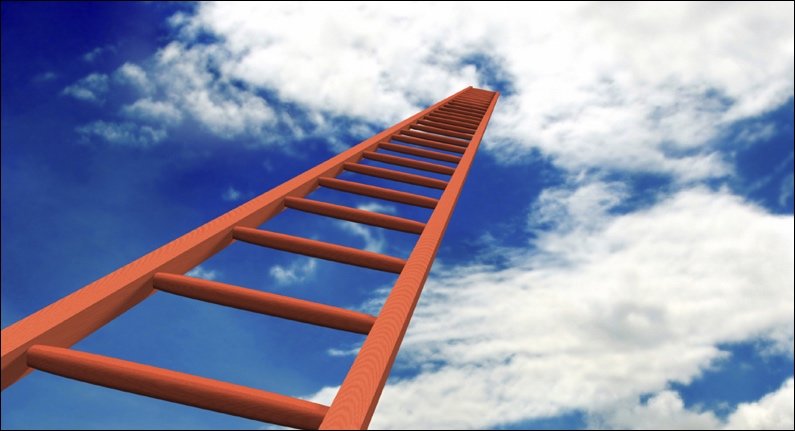 On Laddering Up: Business as a Series of Rungs on an Infinite Ladder

I think of business as a series of rungs on an infinite ladder.

There is no top rung. And no bottom rung.

Success at every rung of the ladder buys you a ticket to the next rung of that ladder. And this happens indefinitely until you run out of money or motivation.

But as long as you’re trying, you’re in the game. As long as you’re hanging onto your rung and reaching for the next one, you’re doing this; you’re making progress (even if it doesn’t always feel like it).

Here’s what that ladder looked like for two iconic companies: Netflix and Apple.

Rung 1: Netflix as a Logistics Company

Netflix starts as a logistics company that delivers freely available DVDs with a compelling value proposition (no late fees and a huge selection).

Rung 2: Netflix as a Streaming Service

Rung 3: Netflix as a Production Studio

Netflix starts financing and producing its own content and begins creating more original programming than HBO (which, of course, they stream via their online portal to millions of customers).

Of course, Netflix isn’t the only notable public tech company that has “laddered up.” We’ve also seen this with Apple. 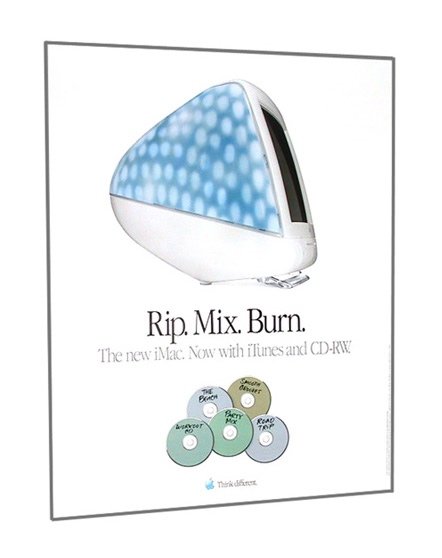 In 2007, Steve Jobs announces the iPhone, which has gone on to become the most lucrative consumer hardware device ever.

And of course, in 2012, Apple goes on to become the most valuable company in history.

At Leadpages, we’ve been laddering up since 2009, and we’ve made some nice progress in the last 7 years. Here are some of my favorite moments … 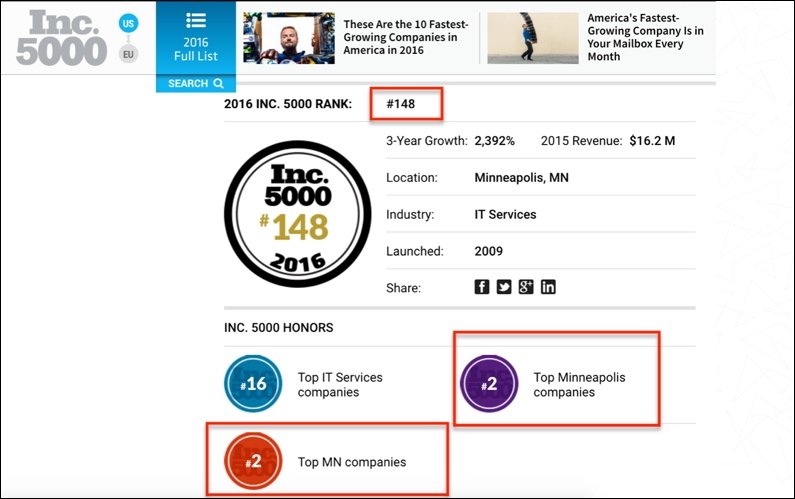 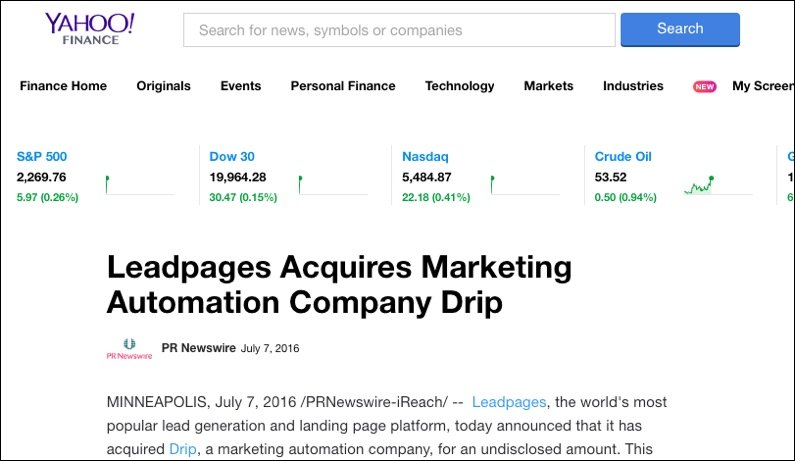 Anyway, here’s the “Ladder Up” strategy we took to get here …

Before Avenue 81 Inc. has even formed, I cut my teeth on affiliate marketing. I learned SEO, traffic generation, and WordPress trying to sell things like compost pails, red worms, cordless electric lawnmowers, and chicken-coop plans on the internet so I can replace my income and quit graduate school.

I make enough to confidently quit.

I leverage my SEO skills to start freelancing and start a marketing blog.

I also get lucky and find the best cofounder on earth in Tracy Simmons. Together, Tracy and I gain about 4,000 followers and start selling marketing services and products.

We give this plugin away for free to build an even larger list. We also start selling information products called Project Mojave and The Interactive Offer.

We leverage a list of about 10,000 (gained from blogging and the free WelcomeGateApp.com) to sell our first product, LeadPlayer.com.

LeadPlayer starts making us $50,000 per month and allows us to hire Lynda, who starts running marketing operations and support. She’s still with us today. (Thanks for sticking with us, Lynda!)

Note: Throughout all of this, “Conversion Marketing” (which is what we teach) isn’t a catch phrase or a positioning stance. Throughout most of our trajectory, we’ve been living from campaign to campaign, and conversion marketing is what we do to pay the rent. It’s what we do to make payroll.

Then, we take that marketing knowledge and put it into “done for you” templates made available via …

We leverage the success of Leadplayer.com to start a pre-sale of Leadpages. Leadpages launches in January of 2013. The pre-sale gets us 200 customers who each pay $200, allowing us to hire Matous (a friend of Simon, who also lives in Prague).

Of course, we don’t do this alone. This rung is where the cavalry of 160+ teammates arrive and we’re joined by dedicated professionals who focus on support, customer success, product, engineering, design, marketing, finance, operations, and business administration, not to mention an amazing board and team of advisors. (That is to say: I have the best coworkers in the world.)

Based on the success of Leadpages, we raise $38 million in venture capital.

Some of that money is used to help us acquire/partner with Drip and build Center.

As long as you’re working your way up your ladder, and you’re having fun … you’re in the game. You’re doing this.

But if I can share one tip with you it’s this: always appreciate your current position.

If you find success at what you’re doing now, you’re going to need energy and resources for the next rung, so milk your current position for all it’s worth.

Rest when you can, but otherwise store up your reserves and use your momentum. Don’t take any win for granted, because it’s small wins you have along the way that fortify you when things look bleak.

And of Course, There’s an Infinite Number of Rungs Left

Here at Leadpages, our “big hairy audacious goal” is to add at least $100 billion in revenue to small and medium sized businesses through our products and platforms.

To accomplish this, we’re going to need to (1) reach millions of users with (2) multiple products, and (3) offer both freemium and paid plans while delivering a lot of value to the market.

It’s in this spirit that we became a multi-product company in 2016, moving from one product to three. And at some point, when we’re ready, we’ll probably add a fourth product. (But don’t worry: we’re not going to expand until we’re fully ready to focus on making that next product great. And we’re never going to build an “all-in-one marketing suite to rule them all” that inevitably becomes a clunky piece of crap.)

Since we won’t be a “one suite to rule them all” all-in-one provider like Infusionsoft, our products will still be available à la carte.

That said, to move us closer to our goals, and help you ladder up in 2017, we’re offering a one-time discounted bundle of our three products … because we want to grow our core base of users who benefit from all of our products.

So right now, we’re offering a one-time deal on our entire suite of products.

We will never do this again.

And this offer expires on New Year’s Eve at midnight (Eastern time).