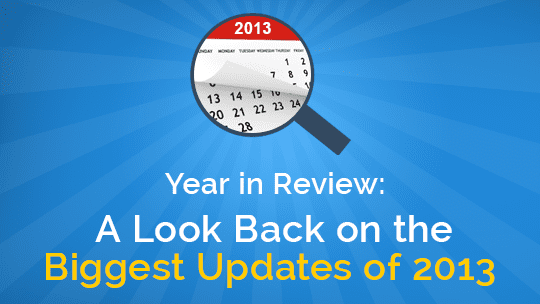 Here’s something you may not know…

This time last year, LeadPages didn’t exist. (At least, not as it does today.)

A year ago, LeadPages was still just an idea.The company went by another name. Our co-founders were still preparing to officially launch the LeadPages you know today in January 2013.

But a lot can happen in a year. In just the last 365 days, we have gone from being largely unnoticed to being the unstoppable force in our industry.

For starters, we have released over 50 new page templates for you. That includes dozens of free template downloads here on the blog. We have also created several firsts in our industry, including our sort by conversion tool and LeadBoxes.

We have also added more than 12,000 customers to LeadPages, and more than tripled the size of our staff. We even raised $5 million in venture capital, so we can keep growing and innovating new tools for you.

Knowing That, What Will You Do With the Next Year?

Again we did all this in just 2013. So imagine what you could accomplish in your own business by this time next year — especially if you have the right tools.

To help with that, today I’m giving you an insider’s look at the tools that we released here for you at LeadPages within the last year.

That includes every major update, free template download, and other innovation we released in 2013 — that you can start using in your business right now.

Think of this “year in review” as a quick cheat sheet for you to use as you’re laying out your marketing plans for 2014 and beyond.

We hit the ground running last January with four new page templates for you. Our CEO, Clay Collins also took a moment to show you how to use our WordPress plugin.

In February, we followed up with two new templates and a quick tutorial on how to use a faster server to literally speed up your conversions.

2. Tutorial: Speed up Your Conversions

In March, we started featuring templates from LeadPages users, like this webinar page from James Schramko.

2. New Template: Thanks for signing up page.

We also added several new features, including Bookmarket and First Name Fields that you can see below.

3. New Feature: You Can Now Use First Name Fields

4. New Feature: Edit Your Pages with a Single Click with Bookmarklet

May: New Templates for Your Podcasts, Blog Posts and Webinars

In May, we started releasing templates for podcasters, bloggers, and more entrepreneurs who hosts webinars. We also released one of our favorite features, known as “pre-populating your name fields.” 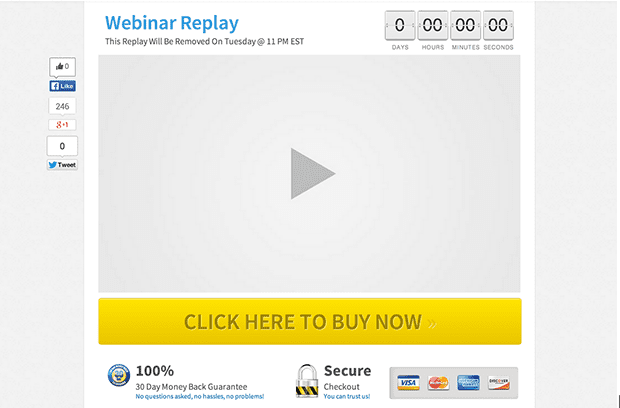 This webinar replay page (with the countdown clock) creates urgency for your subscribers to watch your webinar, and drives more sales.

In June, we released one of our top features — our “404 feature” that lets you optimize any 404 page and turn it into a sales opportunity.

We also introduced you to a new launch page, our built-in analytics and several other brand new templates.

In July, we released a ton of new features for you. That includes two of our biggest, most important developments…

1) Our “lead magnet delivery system,” that allows you to send your prospects free content from LeadPages directly, and

2) Our “sort by conversion tool” that shows you the best-performing templates inside LeadPages in seconds.

3. A First In Our Industry: Our Sort By Conversion Tool

August: A New Sales Page, Split-Testing and a “Sexification” Update

In August, we released one of our biggest upgrades — or “sexification update”  — to date. This new update just made it even easier to navigate around the LeadPages site.

We also released a new long form sales letter, an easy-to-use split-testing tool, and a new 404 page that lets you turn missing pages or broken links on your site into quick squeeze pages (so you can continue to build your list).

In September, we announced that our “hush-hush fling” with Foundry Group and Arthur Ventures was officially legal. We also secured $5 million in venture capital financing to make LeadPages even more awesome going forward.

We also released a new mini-site template for authors…

In October, we finally released a major update that our customers had been asking for — multiple form fields. We also introduced you to an extremely versatile G+ page and two new gorgeous webinar pages.

3. New Template: Our Most Versatile Google+ Hangout Page Yet

December: A First in Our Industry: LeadBoxes

In December, we released the biggest innovation since we launched LeadPages earlier this year — LeadBoxes.

This “feature of the year” allows you to easily grow your email list from any html site — without a landing page. Simply drop in the code for a LeadBox and you can start building your list from anywhere.

1. Feature of the Year: LeadBoxes

Not bad for the first year in business, right? 🙂

Just imagine what’s coming next year. For our part, our entire development team is working on some amazing innovations for 2014. That includes a major release that’s happening within the next couple weeks. Be on the lookout for that.

In the meantime, what was your favorite page or feature from the last year? Are there any features you’d like to see us add in 2014? If so, drop them into the comments below.