Emails are a marketer’s lifeblood. They’re received well, convert well and they’re the most reliable and consistent way to convey your messaging to an audience.

How important are they? Well, I’ve got some stats…

If Micro Funnels are the bones of a marketing funnel, emails are the muscles that connect everything and generate movement. They weave through the funnel, connecting block after block until the funnel has run its course.

The timing of emails in a funnel is crucial. Sending too often can lead people to unsubscribe (from your funnel and, even worse, your email list), and entirely forgetting to send can lead to a stagnant, dwindling list.

A lot of these timing mistakes stem from a misunderstanding of proper email mechanics. That’s why I want to introduce you to the two timing categories of email sends: Broadcast and Automated. 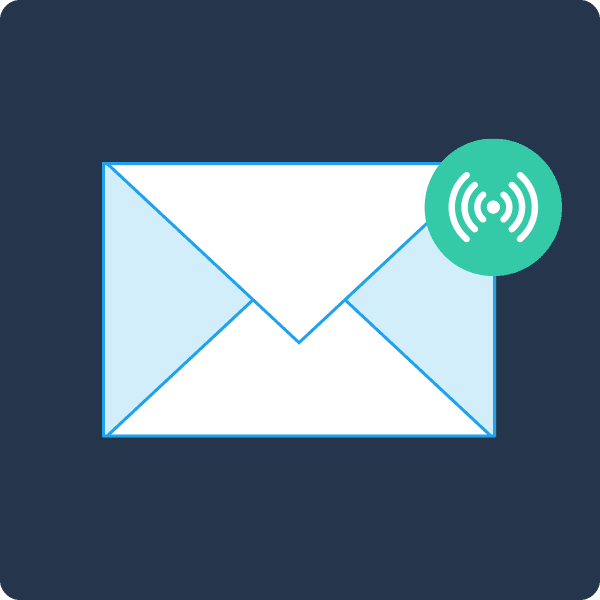 Broadcast emails are basically manually sent emails. They require you physically hit the send button before the email goes out. This is the way most of us interact on a daily basis: write an email to your friend, hit send. Easy as that.

In a marketing funnel, you’d use a broadcast email if you were starting everyone down your marketing funnel at the same time. Since you’re responsible for manually sending out the emails, you need to make sure everyone is at the same point in your funnel. That’s why this is a great option for courses, lessons, and other products that have a defined starting point

Let’s say you want to create a video course campaign funnel. Perhaps you want to build anticipation and make people wait for one video per day. If you did, the funnel would start out like this: 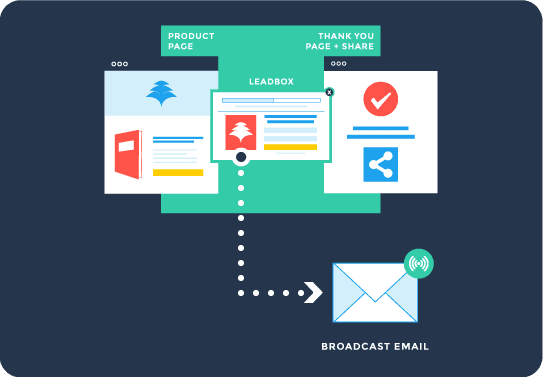 See the email that comes before the first video resource? It should include a link to that first page. With a broadcast technique, you would gather everyone in your list and send that email to them all at the same time.

However, that level of flexibility and on-the-fly control starts to hurt if you want to create funnels that operate automatically.

That’s the biggest disadvantage of broadcast emails. While you have a greater control of when you send your emails, you always have to know where everyone is in your funnel. If they all aren’t at the same spot, then you have to deal with tracking every. single. person. in the funnel and sending them the appropriate email for that point in time.

That’s why automation is such a big factor in funnel creation. And that leads us to… 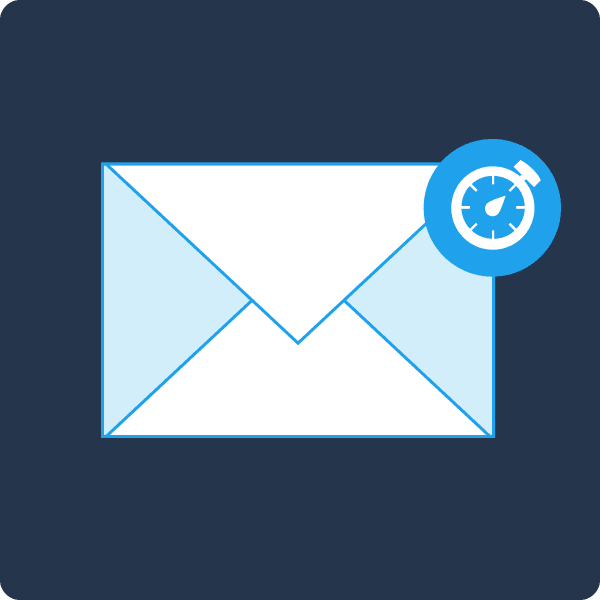 When marketers talk about passive income and making money from home, they’re talking about funnels that use automated messaging. Automated emails are emails automatically sent on your behalf.

Unlike with broadcast emails, you don’t have to physically hit send to disseminate your emails. Instead, emails are triggered automatically by actions visitors themselves take. An email can be sent immediately upon a visitor taking a certain action (for example, someone receives an email as soon as they fill in an opt-in form) or delayed (someone signs up for a webinar, then receives a reminder email the day before the event).

Automated emails are strong. Real strong. In fact, using marketing automation can increase conversion rates by over 50%. That’s because automation runs 24/7, whether you’re hunched over your computer or relaxing on a beach in Hawaii. That means you don’t have to maintain a registration gate because it doesn’t matter when a visitor enters your funnel.

There are two kinds of automated emails: action-based and time-based.

These are emails triggered when a visitor takes action. Actions can be anything you can track: visiting a page, subscribing to a newsletter, buying a product or any other action you’ve selected in your email service provider.

Action-based emails are great for instant gratification. You promise to give the customer something in exchange for money or an email address, and they instantly get it via email with this technique.

Let’s use that video course example again, but we’ll focus on a different part of it: 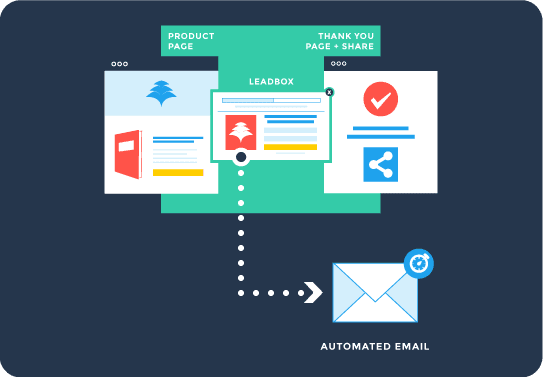 Check out the email that comes after the LeadBox is filled out. That email is sent out automatically when someone presses the “Submit” button on the opt-in form. Could you imagine if you had to monitor every time someone opts in for something you’re offering, then send that person an email? You wouldn’t be able to do it, which is why action-based emails are essential for lead magnet and asset delivery.

These are emails sent after a specific amount of time has passed. Once a visitor opts in or completes a task, you can send them an email later on (instead of instantaneously).

Let’s use the video series example one more time. You still want to build anticipation and make people wait a day for each video. That’s a fair expectation, but with action-based emails you’d need to set up a different opt-in point for each video—and forget about controlling the release timing.

That would kill your campaign. With time-based emails, you can set an email to go out once per day with a link to that day’s video. You can control the consumption rate of your materials and how fast someone moves through your funnel with this technique.

Remember, this is different than a broadcast email only in the execution. That means instead of having to send the email out yourself, you’re now basing it off a set time for an automatic send. Now you don’t have to set an opt-in deadline—you can run this funnel at any time.

Through the example funnels above, you can see how integral emails are to the funnel process. They deliver assets, connect Micro Funnels and, as the stats showed, increase your chances for conversions.